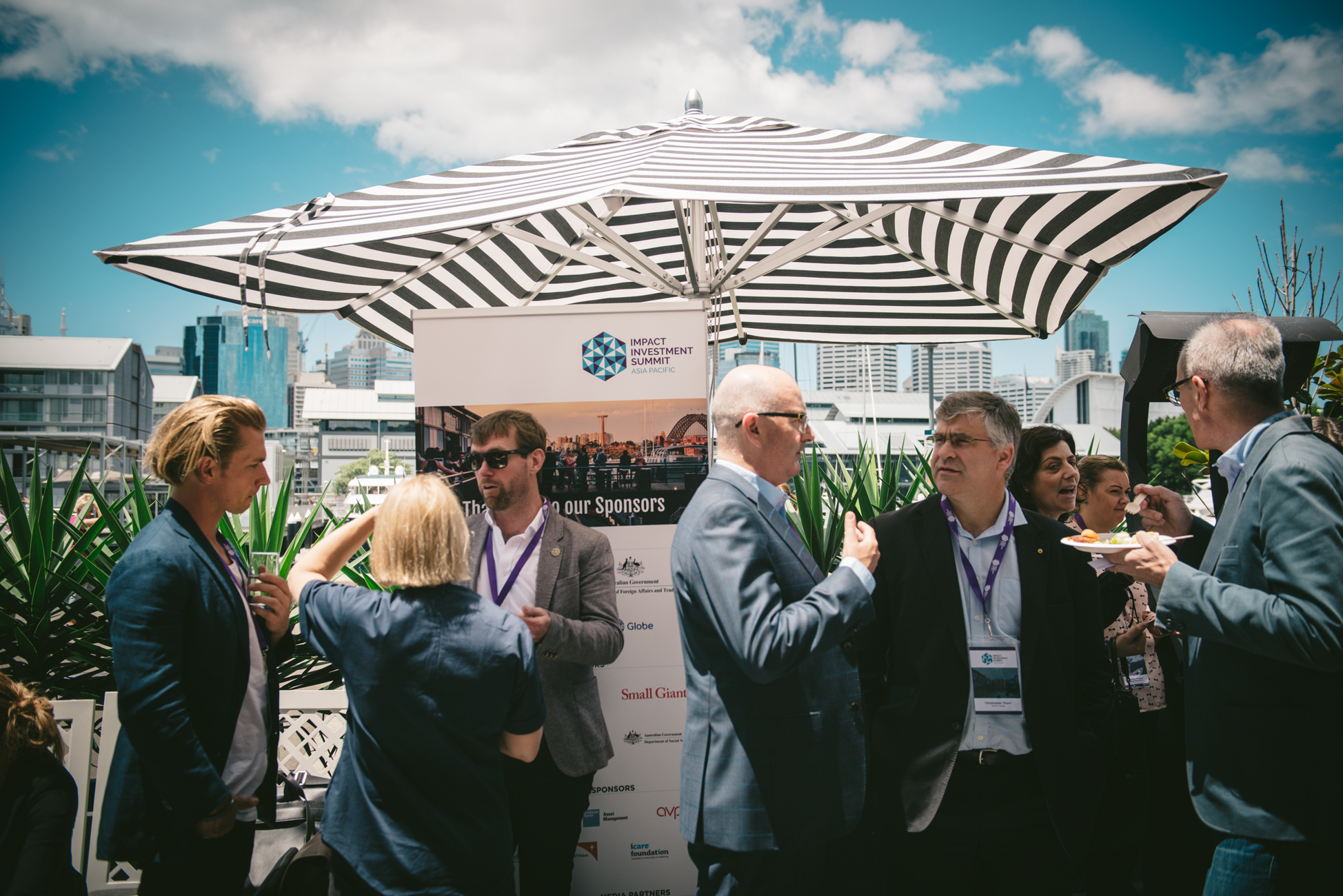 This idea of changing normal ran throughout the summit. Don Shaffer from US based RSF Social Finance was first on stage along with Michelle Long from BALLE, and he wasted no time injecting some controversy, “I think we need to embrace more risk, lower returns and less liquidity. We need to question if historical rates of growth are sustainable.”

While not everyone agreed, there was consensus that the global economy was in trouble, and that the system that got us here is not going to get us out.

This economic conundrum is one of the core pillars that’s driving the growth of impact investing; a thirst for change and a palpable frustration at the inefficiencies and inequalities of the current system.

And while these frustrations permeated the summit, so too did an air of optimism. There were entrepreneurs and business owners and money managers with their hands on some very powerful levers. All agitating to deploy capital to make social change, to further fuel a movement that’s creating its own economic models.

Now perhaps I’m over-stepping the mark to say that all in attendance shared my rose-coloured view of the potential of impact investing. It was my first summit after-all, I’m just a naïve finance industry orphan looking for a better way.

But the diversity in that room, the willingness to be challenged and the openness to some very non-quantifiable ideas across philosophy and mindfulness—well it was hard to ignore. As Daniel Madhavan put it, “this place is a zoo”. All shapes and sizes but all working together. Strength in diversity.

And the menagerie was enriched even further by having both Treasurer Scott Morrison and Foreign Minister Julie Bishop on stage at the impact investment summit.

Ms Bishop spoke of the importance of the private sector in solving global development issues and the energy in the room lifted as she announced the $40m Emerging Market Impact Investment Fund (EMIIF). It’s aimed at early stage SMEs in Asia-Pacific to build business capacity, the fund will anchor investment and reduce risk for other investors. It’s set to expand the success of projects like Pacific RISE, and it’s aiming to be up and running mid-next year.

1) Infinite growth is not a sustainable model

3) Listen to your beneficiaries

1) Infinite growth is not a sustainable model

Many people can’t comprehend that it’s possible to invest outside the status-quo framework of risk vs return, but as Paul Steele from Benefit Capital says.

“Impact investing is like a platypus. When you first see it you find it difficult to believe it’s real.”

“This drive for constant growth puts a lot of pressure on listed companies, and NAB is not immune. It is a system issue. It needs to be done incrementally.”

“Your obligation is to run the company as a whole, and you have the responsibility to society in which you operate.

But there’s not enough boldness in my view. The rubber hits the road when decisions are being made, about changing practices. I think they (companies) do have a lot of legal power to do it.”

Little time was wasted debating whether listed funds meet the criteria as impact investments. Instead, both sides agreed scale offers a whole range of vital cost savings; from due diligence, to impact measurement and regulatory oversight.

“Right now there is a lot of different pockets of capital and I feel we need to bring them together. For many investors there’s a lack of deals of suitable size. Scale will also make due diligence less difficult.”

“We built Brightlight to make impact investing deals accessible, to the public and to institutions.”

“My biggest worry over the next five years is the check-box problem. We don’t want ESG to become a check-box process. Measurable ESG factors are the biggest alpha opportunity.

3) Listen to your beneficiaries

“It might be unrealistic to assume that big investment banks will have first hand experience of homelessness. But, that’s where partnering with organisations on the ground comes in. But also, including the people that are affected by these issues, giving them a voice in the process. Otherwise we’re just going through an exercise of solving problems we don’t really understand for people we don’t really know.” Daniel explained to me after the summit.

“Theres a lot of work to be done in beneficiary engagement. Social entrepreneurs need to get out there and talk to those they want to help, not just tinker in their garage.”

“We need to bring the beneficiaries into the equation.”

“If we could get broad human rights respect across the world then SDG 1 (no poverty) would be greatly advanced in one move.”

“Goal 16 (Peace, justice & strong institutions) is particularly difficult, but it’s vital. If we don’t get SDG 16 right, it undermines all the rest.”

“Definitely SDGs 16 & 17. They are definitely the most difficult to implement.”

“Even at the birth of the MDGs there was a question about their costs. But with the SDGs we wanted to talk about their opportunities. We’ve costed the SDGs & found the value of achieving the goals is $12 trillion.”

All companies have an impact

Brian Trelstad came to us from Bridges Capital in the US, and he was very generous with his insights and his analysis. Phones snapped-away to secure a valuable record of his slides as he broke down his firm’s methods and philosophies.

“All companies have an impact,” he says, “An enterprise’s impact is the combination of its material effects on people and planet, positive and negative.”

From the investor’s perspective;

“The impact of an investment is the combination of the impact of the enterprise and the investor’s contribution.”

“Investors use four strategies to contribute to impact;

He expertly balanced the financial dilemmas with issues of the heart, and it spoke to the quants in the room.

My takeaway from his insights was that the biggest achievement we can hope for is when impact investing is no longer a discrete industry. But instead, all companies are expected to measure and report on their impact. When the nightly news reports impact stats in-line with earnings reports!

I’ll close as I opened, with insights from Daniel Madhavan (did I mention he’s the newly Minted CEO of the Impact Investment Group.)

While this year was the third iteration of the summit, it was my first, and I asked Daniel how 2017 compared to last year.

“In the first year it was still mostly the pioneers. Year two, we were starting to see mainstream names appear, but only the most curious and those with the early adopter mindset. While this year there’s a recognition that there’s a lot of momentum and we’ve moved from people trying to push it, to all of a sudden the market and people’s imagination and the industry are being pulled by demand.

It’s got a growing momentum and I think we all feel a sense of responsibility to try and keep it going.”

After years of working in research and communications in the finance sector, and after completing a masters in International Relations, I’ve shifted my focus to impact investing and corporate ESG integration. I consult on strategy and communications.

The blockchain could be a game-changer for impact investors

Is your networking having an impact?