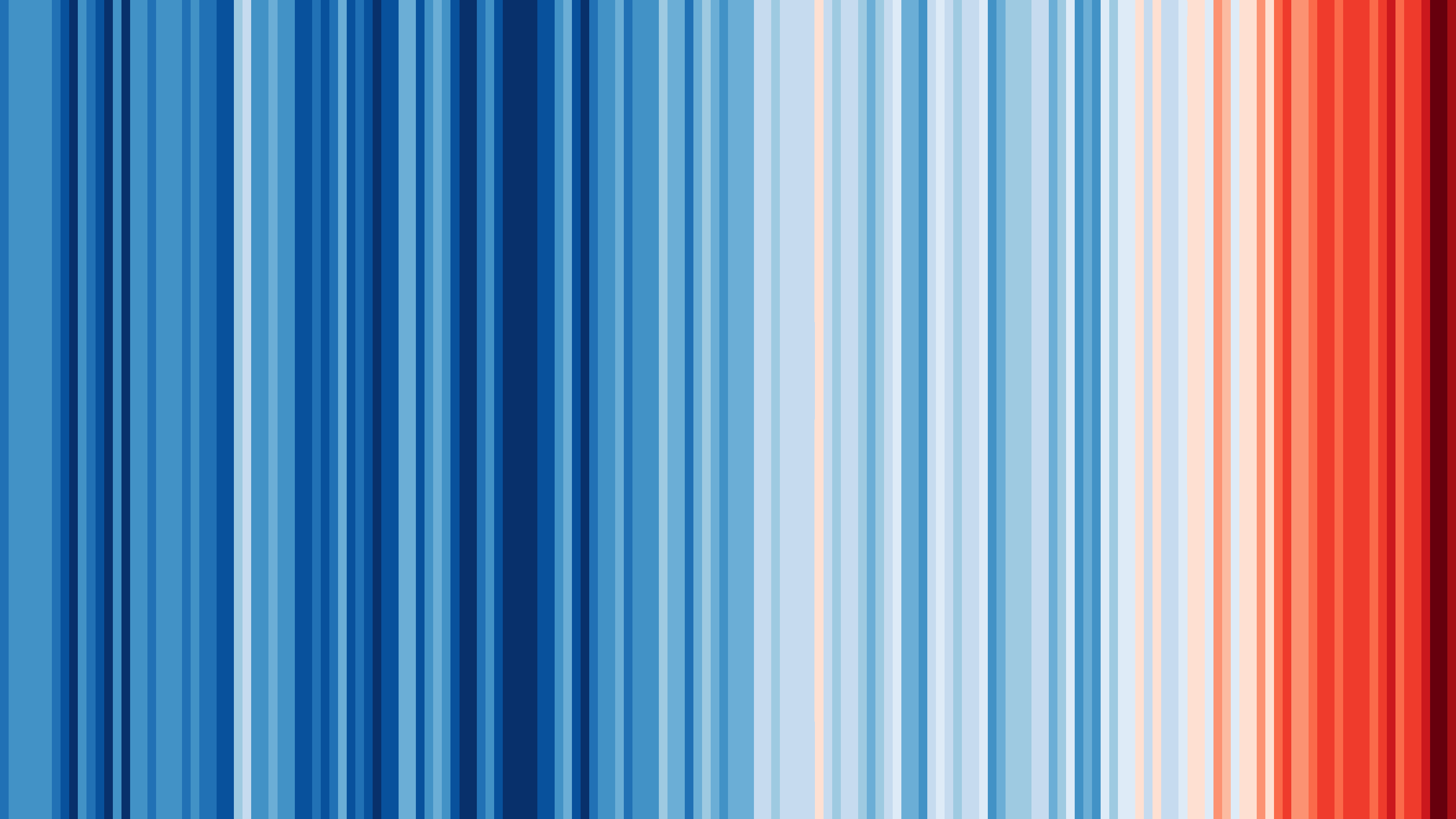 It was big news when BHP and Rio Tinto committed to the Net-Zero by 2050 emissions target. Oil giants, BP and Shell soon followed. Even Harvard is shifting its endowment to become carbon neutral (notably without divestment).

All of Australia’s state governments have made the commitment (but the Federal Government has not).

Net-zero means different things to different people, and so far it’s mostly talk from these companies, but if their commitments lead to action, it’ll put a big dent in the pace of climate change.

Australian investors, however, have been slow to engage with the 2050 goal, despite it being the central element of the Paris Climate Agreement.

2050 may be 30 years away, but for superannuation funds (pension funds), long-term thinking is part of the job. These investors have traditionally led the way in: responsible investment, ESG integration as well as pioneering the institutional adoption of impact investing.

But so far, only a handful of super funds have made the Net-Zero by 2050 commitment.

It’s a huge opportunity. It’s a chance to boost returns through leading the adoption of renewable energy, as well as working directly with companies to de-carbonise.

In this article I want to: dissect what #NetZero means, layout key global action groups, highlight the local investors who’ve made the most progress, and dig into what can be done to clear the path forward.

Unveiled in 2015, it was the culmination of talks that had been going on since the early 90’s when the UN Framework Convention on Climate Change first entered into force.

As with all multilateral agreements, it was a juggling act of different priorities and desires from the world’s most powerful countries. Agreement in any form is always a huge achievement, and compromise is inevitable.

“The Paris Agreement’s central aim is to strengthen the global response to the threat of climate change by keeping a global temperature rise this century well below 2°C above pre-industrial levels and to pursue efforts to limit the temperature increase even further to 1.5°C.”

In 2018 this temperature-based goal (1.5°C to 2°C), was translated into an emissions-based goal by the UN’s IPCC report.

Leading scientists stated that, in order to reach the Paris goal, greenhouse gas emissions should peak by 2020, and be reduced to zero by 2050.

It’s a clear goal, with a long runway for preparation and adaptation. Governments all over the world are on board. And so are some of the biggest fossil fuel miners and emitters.

So, what about investors?

A group of, mainly European, investors have established the Net Zero Asset Owner Alliance. It was convened by UNEP’s Finance Initiative, and the PRI.

All members have committed to carbon-neutral portfolios by 2050.

The members of the Alliance will immediately start to engage with the companies in which they’re investing to ensure they decarbonise their business models.

The Alliance was initiated in 2019 and includes the likes of: Allianz, PensionDanmark, Swiss Re, Zurich and CalPERS from California.

In a similar move, New York Pension Fund is leading the way on the East-Coast of the US after Governor Cuomo passed the Climate Leadership and Community Protection Act. It’s aiming to get New York State to Net Zero emissions by 2050.

There’s also Climate Action 100+,whichbrings together some of the world’s biggest investors all aiming to influence the world’s biggest emitters to take-action on climate change. They’re opening a dialogue and forcing engagement, it was launched in 2017.

And the Investor Group on Climate Change is an Australian member-based organisation that represents institutional investors who want to drive action on climate change. They’re producing some important research (including Zero Emissions—Sustainable Returns, which helped to inform this article).

Who’s leading the way in Australia?

I have no doubt that Australia’s big investors are working to decarbonise their portfolios. As well as fine-tuning ways to engage with their investee companies towards becoming carbon neutral.

But for a long time now Australian Ethical Investments has been the leader. It made the Net-Zero by 2050 pledge in 2014, and they’ve been reporting progress ever since.

I discussed this issue on my podcast with Phil Vernon recently. He was the CEO of Australian Ethical until late last year. He’s a big proponent of super funds committing to carbon neutral portfolios by 2050, and he knows from experience that it’s possible.

“Why shouldn’t super-funds commit to a net-zero emissions target? It avoids the blunt instrument of divesting, and it’s absolutely aligned with at least 50% of the market who are already engaging with companies through ESG—those who have a philosophy consistent with the Paris agreement.”

The hesitance seems to be ideological, rather than structural.

“I think it’s a philosophical resistance. It’s the view that that’s not the role of investors, their role is to maximise returns.” Phil says.

HESTA, the super-fund for health-care workers, has committed to reducing the carbon intensity of their portfolio by 33 per cent before 2030, before becoming carbon neutral by 2050.

They’ve divested from Coal India and Whitehaven Coal following vocal opposition by doctors and other members.

They will retain some holdings in fossil fuel companies. It’s suggested they’ll use the influence that comes with ownership to engage with companies, in the hope of convincing them to shift away from pollution and towards their own carbon neutral strategies.

UniSuper has committed to Net Zero carbon emissions in their investment portfolio by 2050, and they won’t invest in any companies making more than 10% of their revenue from thermal coal.

The $80 Billion fund manages the retirement funds of university employees. So it’s no surprise that their members, made up of scientists, academics and professors wanted the fund to update their climate policy.

Aware Super is on the path

Aware Super (formally First State Super) is another big-name super fund to announce their path to being carbon neutral. Although they’ve fallen shrot of committing to Net Zero.

The first element is a plan to, “divest from businesses that derive more than 10 per cent of their revenue from thermal coal by October 2020”.

This will set them on the path to achieve a 30 per cent reduction in emissions from their listed equity portfolio by 2023.

From there, they’ll target a 45 per cent reduction in emissions in their portfolio by 2030. And, they’ve committed to advocating for an economy-wide adoption of this target.

“As a long-term investor, climate change posed one of the most significant risks to Australians’ retirements savings, and it was critical super funds acted now to ensure they could provide their members with a better financial future.” Deanne Stewart, CEO.

What about the Federal government?

Heavy industry tends to be heavy polluters, but, their size and scale also means they thrive on certainty. They value assurance about policy and regulations in order to make long-term strategic and capital investment decisions.

Even if it means dealing with emissions cuts, being able to plan is valuable. The fact that BHP and Rio Tinto have made their own 2050 commitments is strong evidence of this.

A goal to 2050, led by the Federal Parliament, would offer much-needed certainty. And we’re close. Zali Steggall is bringing a Climate Change Bill to parliament soon, and it would be a huge step forward.

(You can listen to my conversation with Zali here)

If nothing else, the bill would end ten years of political bickering to unite the country on an issue that affects us all.

It’s clearly a massive hurdle for oil majors like BP and Shell, who must deal with emissions from their own operations (scope 1 and scope 2), but also the emissions made by their customers when burning their product (scope 3).

For a company like Atlassian, the Net-Zero pledge is a different issue. Neither their own operations, nor their products, are large emitters.

But no matter the industry, the commitment is an important one, and that’s because it’s a benchmark. It has a long timeline, and leaves plenty of time for policy development, investment in technology and for shifting long-term strategy.

Yes, we need to make serious action on climate change NOW! And a Net-Zero goal is only one small piece of the puzzle to beat this wicked problem.

But we also need to be realistic about the pace of change, and that’s why it’s so important to have a benchmark that everyone agrees on.

It remains to be seen what actions BP or Shell will make in the short-term to achieve their 2050 goal. If they’re serious about it, they’ll need to define their strategy and set checkpoint goals for decarbonisation.

And for investors, this is something to focus on. Companies have made their pledges, and now it’s up to them (and all stakeholders) to hold to account the companies in which they invest.